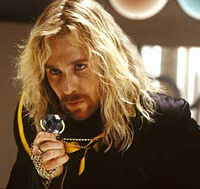 Despite having only 65,000 colonists, the Commonwealth of Liberty is the most successful of the independent colonies since the Hardy family discovered the most valuable platinum mine in known space. The matriarch, Margarita Hardy, used her fortune to establish a hereditary Director-Generalship that oversees the largest local corporations and provides a safe haven for hard working people and families.

Her grand-son, Raymond (Ray-Ray) Hardy, now rules. He is a wild-man in his personal life, but a good and just ruler. He makes sure his people have what they need to prosper. He also knows that the platinum mine, despite its abundance, will not last forever. His long-term plan for ensuring the Commonwealth’s future is to transform the colony into a technological powerhouse.