President of the Fellowship of Zion 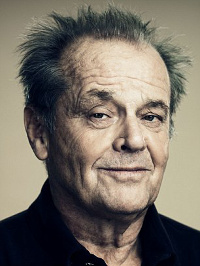 Zion’s founder, charismatic evangelical preacher Lewellyn (Lew) Jones, encouraged anyone who was “born again” to emigrate to this colony. On radio and TV broadcasts, he often rants against “those heathens” in the Muslim colonies and “those sinners” in the Commonwealth of Liberty.

Fifteen years ago, Lew married the sole heir to the Family colony. As a result, the Family’s vote on the planetary High Council went to Zion, and the Family’s land was distributed among Zion, China, the UN and the Commonwealth of Liberty.

Eight years later, this Family heir died, apparently of natural causes. She had no children. Five months later, Lew got married again to his fourth and current wife, Amy Waterford, who was only 36 at the time (and is now 43). Her parents had emigrated to deKamp to join a cult when she was a teenager.

Lew is now at least 105 years old and rarely seen in public. Rumors abound that the real power is exercised by his fourth wife. Amy appears at many gala functions, displaying jewels and lavish dresses. Lew does sometimes accompany her, surrounded by bodyguards. Some whisper that it’s really a double: some person or borg that looks like him, especially since this person looks a few decades younger than 105.