First Lady of the Fellowship of Zion 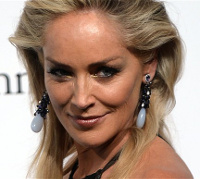 Amy married Lew Jones, the President of Zion, seven years ago. She was only 36 at the time, and Lew was at least in his late 90’s (though he looks a couple of decades younger). Some believe she is the real power behind the scenes.

Because her marriage took place only five months after the death of Lew’s 4th wife, whispers of foul play have hounded her—but Amy seems unconcerned. She appears at many gala functions, displaying jewels and lavish dresses. Lew does sometimes accompany her, surrounded by bodyguards.

Amy is a local gal; her parents emigrated to deKamp to join a cult in Zion when she was a teenager.