Minister of Special Projects (officially) of the Fellowship of Zion 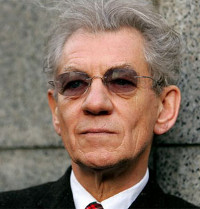 Perry Stanton arrived here with Lew and has always been Lew’s trusted right hand. Corruption at the top characterized this government from the start. Staying in power required increasingly harsh tactics. During the colony’s tenth year, Perry was appointed head of the Secret Police. Most citizens know someone who has “disappeared” and is never seen again—and people are encouraged to inform on their neighbors. Rumors of torture are, of course, denied, but most citizens believe it.