Emir of the Emirate of Outer Bengal 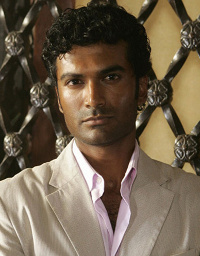 This overwhelmingly Shia colony arrived through the gate from Bangladesh, and now comprises 2,600,000 people, making them the second largest colony on deKamp. After some early failures with crops and governments, the religious parties took control under the charismatic leadership of Ali Nasiri Khan, a scion of the old Nasiri family (the first Islamic Nawabs of Bengal).

At first, Sheik Ali Khan ruled as a religious guardian over the state, which is a mix of family and clan councils and a window dressing parliament. Recently, he has taken on the quasi-religious title of Emir to popular acclaim. His avowed goal is to lead his people into a New Golden Age of Islam.

Under his administration, religious minorities are protected in their person, and forbidden from few occupations. They do pay an additional tax. This is primarily an agrarian society with a small industrial sector that manufactures ground vehicles (dune buggies and motorcyles).