General, High Commander of the Military Forces of the Fellowship of Zion 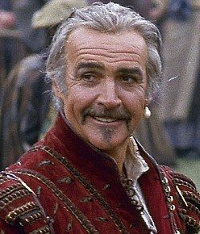 General Irwin Prescott also ensures that the current Zion government stays in power. Zion encourages its young people to join the armed forces, and has the highest per-capita number of military personnel on this world (10% of the population are in the armed forces). Many families have a son or nephew (or daughter or niece) in the military, which earns them “perks”—better food, housing, and schools for their kids.